The old year is over and the new one has just started. This is the time of the year to look back to the previous year and think about the year to come. As twice before I want to do exactly that in this post. I want to give an overview over my blog in 2017 and want to share ideas and topics I would like to cover in 2018.

1. Writing a blog would not be much fun, if no one read my blog posts and shared them.

Therefore, I want to start this post again with saying thank you – to all who visited my blog, left a comment, liked my blog posts or even decided to reblog one of my posts on your own blog. I also want to thank you for retweeting my tweets in which I shared my blog posts and for sharing my posts on Twitter and Facebook.

I am really grateful for all these signs of your appreciation for my posts. It shows me that you share my passion for the topics I cover and makes what I am doing worthwhile.

It is great that many of you followed the links in my posts, in particular the links to Amnesty International petitions and urgent actions. Please continue to do so and take action for the prisoners of conscience and human rights defenders. I am also grateful to everyone who continued to contribute photos to the “Sky for Shawkan” campaign and to the many people who joined the Tweet Storm for Ahmed Mansoor in September.

I like all my blog post, but some are just a little bit more special and closer to my heart than others. It is always a particular joy for me, if these blog posts are also the most popular ones. This was certainly true this year.

The most popular post in 2017 was my article about Arash Sadeghi and Golrokh Iraee: “A love story in Iran – #SaveArash” with 341 views. Sadly Arash Sadeghi and Golrokh Iraee are both still in prison and the situation is worse than it was in February, because Arash and Golrokh are not any longer in the same prison. On the 18 October 2017 Arash was transferred to Rajaee Shahr Prison. Golrokh is still in Evin Prison. You might have read the background for this transfer in my post “Poetry behind bars: Nazanin Zaghari-Ratcliffe and fellow prisoners“. A few days ago Arash and Golrokh were allowed to visit each other briefly after a separation of two months. I fear that also in the coming months their situation will not improve and it would be great, if you could continue to share their story and raise awareness about their situation.

b) Another topic in 2017 which was very important for me was to arise awareness about the human rights defender Ahmed Mansoor (UAE) who was arrested on 20 March 2017. 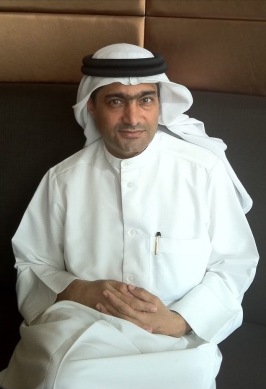 I am therefore delighted that my blogs posts about him received so many views. I wrote in May a post with the title “Arrested, sentenced, not released – human rights in the United Arab Emirates” about Ahmed Mansoor, Dr. Nasser bin-Ghaith and Osama al-Najjar. This post received 253 views on my blog and was therefore the second most popular post on my blog. The article was also included in Issue #10 of The Wolfian. I am very grateful to the editor Jay Wolfe for asking me for a contribution to this magazine and for accepting this article. In addition my article was published on the websites of two human rights organisations which both focus on the UAE: International Campaign for Freedom in the United Arab Emirates (ICFUAE) and Emirates Centre for Human Rights (ECHR). The article had on each website more than 500 views (597 views on the ICFUAE website and 540 views on the ECHR website).

To mark the day six months after Ahmed Mansoor’s arrest, I organised a Tweet Storm for him in September. I am extremely grateful to organisations like Amnesty International (Middle East and North Africa Programme), English PEN, ICFUAE and ECHR, but also individuals like Jonathan Emmett, Nicholas McGeehan, Joe Odell, Sina Watling and Drewery Dyke for supporting my idea and joining the tweet storm. I am obviously also grateful that many other Twitter users joined the tweet storm and showed their support for Ahmed Mansoor. My article “Tweet Storm for Ahmed Mansoor” received 195 views which makes it the fourth most popular article in 2017.

Sadly, Ahmed Mansoor’s situation is unchanged. He has spent in the meantime more than nine months in prison, in solitary confinement. He was only allowed two very short family visits and there is generally very little information available about him.

There is a fear that UAE will try to break Ahmed Mansoor or perhaps already has. Drewery Dyke’s statement about him is extremely worrying:

“He had lost a considerable amount of weight to the extent that he was looking gaunt, quite gaunt, that he was in a disorientated confused state. Repeatedly expressing his regret about the situation and seeking an end to it.”

Therefore, please do not forget Ahmed Mansoor, but continue to support him and make sure that people know about him and his situation.

c) If you are a regular reader of my blog, you know that I wrote several articles about the Bahraini human rights defender and Chairman of the European-Bahraini Organisation for Human Rights (EBOHR) Hussain Jawad.

Hussain lives now with his wife Asma and their children Parweez and Maryam in France and they are safe. However Hussain’s father Mohammed Hassan Jawad who is called “Parweez Jawad” is in prison in Bahrain. I had planned for a long time to write about him. In January 2017 I met with Hussain in France and asked him a lot of questions about his father. In March 2017 I published two posts about Parweez Jawad: “Do you know Bahrain’s eldest prisoner of conscience?” and “Support EBOHR’s campaign to #Free_Parweez Jawad”. The first article who tells Parweez Jawad’s story was my third most popular article in 2017 (with 231 views).

Also Parweez Jawad is still in prison. His health has deteriorated further and he asked for a special meeting with his family in October. He informed his family about his last will and added that expects to die.

Again, the only thing I can do, is to ask you to share Parweez Jawad’s story and campaign for him. Please also join EBOHR’s campaign #Free_Parweez.

d) After so much devastating updates some good news about 2017 at the end of this section:

3. As in previous years I am delighted and amazed by the numbers of visitors to my blog in 2017. 3213 people visited my blog and it got 5262 views. The visitors came from 98 countries. The most views came from the United Kingdom with 1421 views, followed by the USA with 1117 views. There are almost the same number of views from Germany (317 views) and from France (315 views). I hope for many visitors in 2018.

a) I mentioned in my review article about 2016 that I would like to write about art and human rights. I did not have time for that last year, but I hope that I will be able to do so in 2018. I use very often on Twitter drawings and pictures of prisoners of conscience by several artists and more than once I asked one of them to support a particular cause and make a drawing for a particular prisoner. I would love to introduce you to some of the artists who use their art for human rights activism.

b) Another long time plan is to write a blog post about the Bahraini human rights activist Nabeel Rajab. Nabeel is currently on trial for his tweets about the war in Yemen and about torture in Bahrain’s Jaw Prison. There are also other charges in the context of newspaper articles he wrote. He could face up to 15 years in prison, if he is convicted. The next hearing is on 15 January 2018. I thought it is better to wait until the end of the trial and write an article when the verdict is rendered.

c) I also would like to write further articles about Egypt. Azza Soliman is a prominent women’s right lawyer who is harassed by the Egyptian state. I would love to write about her. I am sure there will also be many more articles about human rights in Iran, Bahrain, Saudi Arabia and UAE in 2018.

d) Also in 2018 I plan to write about classical music. Highgate Choral Society has an exciting programme for 2018, which includes Handel: Israel in Egypt, Bernstein: Chicester Psalms and Britten: Saint Nicolas. I will therefore very likely write about these and other works. Another idea is to write about Gluck: Orfeo ed Euridice. Some of you might remember my post about Monteverdi’s Orfeo. I mentioned at the end of that post that I would love to write about other opera versions of the myth. I did not manage to do so in 2015, but I will see Gluck’s opera twice in 2018 in different version and I am tempted to publish a blog post about it.

I hope you find my ideas interesting. If you do so, please visit my blog from time to time or follow my blog; you only need an e-mail address and you will get an e-mail each time I publish a new article.

I close this article with my best wishes to all of you for 2018. Again, I hope that the year 2018 will bring freedom to many prisoners of conscience, justice and peace.

3 thoughts on “2017 in Review: #SaveArash, Ahmed Mansoor and Bahrain”

This site uses Akismet to reduce spam. Learn how your comment data is processed.